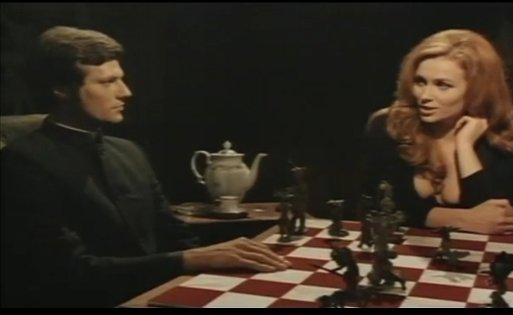 The Devil’s Nightmare (1971) is credited as an Italian/Belgian production. Italy has a legendary horror movie tradition so I’ll give this one to Belgium.
Now, I don’t know what if anything The Devil’s Nightmare had to say about the Belgian national character in 1971 (definitely some post-war Nazi anxiety there), but it was an absolute delight. At times I could have sworn I was watching a precursor to the Rocky Horror Picture Show, what with tourists trapped in a spooky castle and creepy pale skulkers a la Richard O’Brien’s Riff Raff (Daniel Emilfork as the devil himself.)