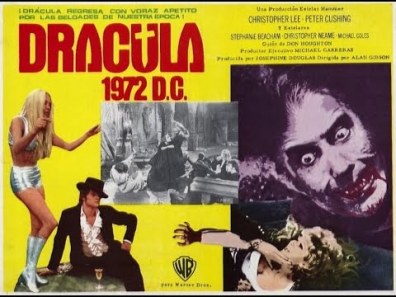 So what? Shut up! Sit down and just watch. There’s a groovy, groovy party going on!
Attending this party is Caroline Munro, winsome goddess of Hammer Horror!

Music is provided by Stoneground, a wonderfully American touch considering that producers could easily have referenced the vibrant British music scene of the 60’s. Stoneground hails from Concord, California and has degrees of separation with Jefferson Starship and Hot Tuna. This bit of Bay Area rock goodness is titled “Alligator Man.”

Egads, these thrill-seeking youths are deep in their eternal quest for a good time! They will not let The Man stop them. Nor this woman, who seems to be suffering from an upset stomach when she witnesses their SHOCKING ways:

Naturally, “The Fuzz” has to show up, but it strikes me that our Bobbies, through needing to do their job, can’t fault these groovy kids for some under-the-fancy-table snogging. 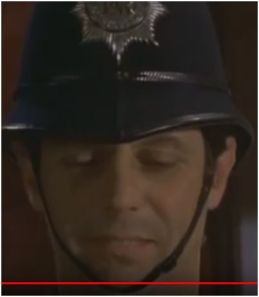 Caroline Munroe is in this.

Well, every group of partygoers has that one friend who takes things too far and pushes boundaries.  Enter Christopher Neame as Johnny Alucard (yes, ‘Alucard’ – spooooky). This menacing bad boy has a taste for dandy clothes, the occult, and for his master, Dracula.

SPOILER: Johnny did you a favor, Missus.

stuck it to The Man. Beware the youth movements!

Caroline Munroe. In a crazy, skimpy gothic dress. She is in this scene.

And so is Stephanie Beacham. 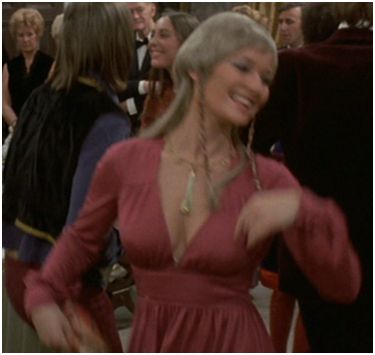 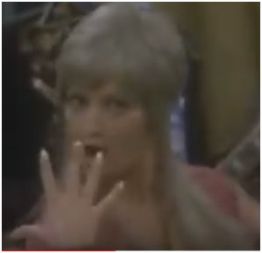 Any given review of this film you find online will be written by some crass idiot salivating over her rack before ranting about how awful the movie is because “OMG so goofy!!” I hate people some days.
Beacham was wonderful as Jessica Van Helsing. The concept of the daughter of Peter Cushing’s stodgy old-school vampire hunter as a Swingin’ London party girl is one to run with. Why didn’t the BBC make a series out of it? They could have beat Buffy to the punch!
In the party scene Stephanie Beacham captures the very spirit of being young and alive and in love. She dances, she shares a good laugh with her friends counting down to when “The Fuzz” are coming, and she looks at her boyfriend with pure happiness in her eyes.
She’s the personification of joy, love and endless nights out with good friends until you see the sun. All the things that made your youth golden and worth living.
This is a horror movie where ostensibly these characters will die or experience awful things, but with this scene and this scene alone, I feel nothing but happiness, the rest doesn’t matter.
Here’s to 1972!

If you have a burning desire to add Dracula AD 1972 to your DVD library, or to support this blog by browsing and shopping via this link, please consider clicking below.