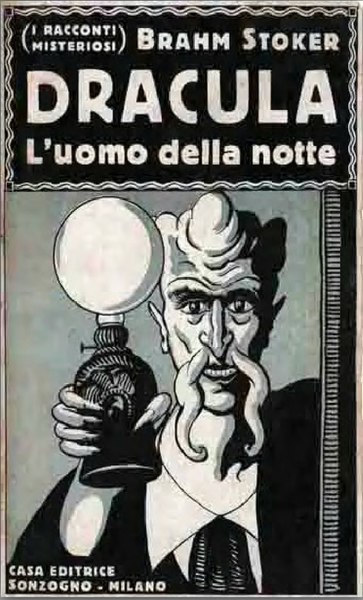 (Note: this post was originally published March 29, 2010. The writers at Open Salon would regularly do ‘Open Calls’ where they would suggest topics for blog posts. This was my response to “your top 10 influential books”)

Of course I read more than horror fiction, and of course there’s been many other books of higher and lower quality that have been more important and influential to me.  But this blog being what it is, I had to come up with the list below of the horror books that influenced me the most.  This is just a spur of the moment top ten list.  There’s no order here (maybe chronological by when I read them, but even that’s uncertain).  I don’t really have much use for these kinds of lists – ask me tomorrow and it will be completely different.

So here we go: 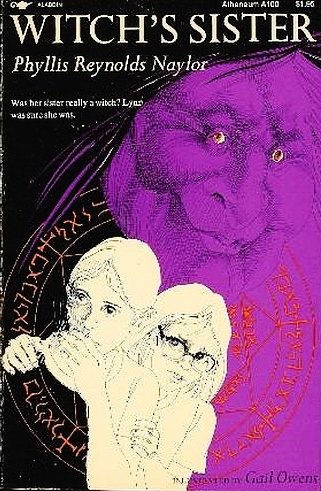 ): It might be easy, the way this series has been packaged since the early 80’s (when I dove into these books as a fifth or sixth grader), to dismiss it as light young adult fiction (and there’s nothing wrong with such a category anyhow).  But the suspense and horror Naylor infused into these books made them quite a gripping ride.  And I do mean horror: a young girl in suburban Illinois was battling black magic, trying to save her little brother from a gruesome human sacrifice (no skimping on the description of boiled baby fat for flying ointments!), fearing her ensorcelled and/or disbelieving family members, and strangling a familiar demon/household pet. She’s isolated, she’s coming of age and she’s facing the forces of darkness strictly on her own, way before Buffy Summers did and without any supernatural gifts of her own.  I know it was made into a TV special back in the 80’s, but it calls for a decent TV adaptation that won’t skimp on the more frightening aspects. 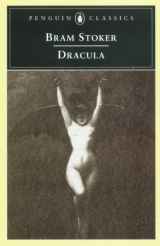 : reading this was a sublime act of courage on my part that merely cemented my love of macabre entertainment.  I don’t need to say anything about how hugely influential the book is, but I do need to mention how the story of Dr. Seward’s band of heroes facing Dracula head on helped me get over all those Hammer films I had to watch as a little kid and be traumatized by at night. Above all, Stoker’s novel was to me an invention of the ‘Scooby Gang’, the coming together of ordinary men and women to share a horrifying, thrilling and secret battle against a great evil.

The Penguin Book of Vampire Stories

: The best overview of fiction’s favorite monster, from Dracula’s ancestors to the wildly imaginative takes by pulp science fiction writers to the romantic precursors of today’s current craze.  There’s nothing New under the Moon, but I’d argue it was better expressed back in the day. Dandelion Wine by Ray Bradbury: In a small town, a young girl is out with her friend, having a good time.  It’s late at night.  A rural legend is all over town, a story about about a maniac killer – The Lonely One –  with a knife that targets women who are out at night.  The girl has a long, scary walk home in the dark.  Corpses are encountered.  The relative safety of a home is reached.  Or is it?  Think I’m talking about the latest Halloween, Friday, Scream or Nightmare?  Nope. I’m talking about the profoundly scary Chapter 30 of Ray Bradbury’s classic and wonderful “Dandelion Wine.”  I will blog extensively about this in a future post.

by Stephen King: there’s no shortage of work from The King I could put on this list, but it’s really his moving teen angst telekinesis melodrama that left the biggest impression on me.  It inspired an iconic and excellent film.  It’s also quite a commentary on extreme, warped evangelical Christianity. It’s no surprise that a recent (2003?) for-TV remake of the movie flopped.  Anyone who feels the need to remake De Palma’s film just to add hip references and internet and cell phones – or to launch a supernatural girl-power TV series (Carrie travels all over the country and fights crime!) –  is deeply, deeply misguided.

by Alan Moore and Eddie Campbell: yes, it’s a book/novel, there’s absolutely no reason to separate from any list just because it’s also a funny book.  My love of Alan Moore is immense, and his psychography of the Jack the Ripper murders, intrinsically bound with Western occult traditions and the misogyny of Victorian culture, gives you much to think about.  Eddie Campbell’s art is superb.  Ignore the film adaptation, and make sure to read the chapter notes.

The Great and Secret Show

by Clive Barker:  I went through a brief Barker period, and while I don’t feel any great connection to his novels (sometimes they just made me ill at ease), his typical weird morass of horror, sadomasochistic sexuality, epic fantasy and Catholic iconography is definitely unique, and most powerfully expressed in “The Great and Secret Show.”

by Anne Rice: I dreaded putting her on this list, probably because the quality of her novels has degraded to the point of ridicule.  And sure, her first two vampire novels, “Interview With The Vampire” and “The Vampire Lestat” are probably more influential than “The Witching Hour”.  To me though, “Witching Hour” is a masterful gothic epic, weaving a tale of incest, psychic power and a mysterious spirit that haunts a family line through the generations.  Her historic flourishes make the tapestry all the more rich.  Ignore the sequels at all costs – pretend the story ends with Book One.

by Maury Terry: whooo-boy!  There are volumes I could – and will – write about this book which purports to be non-fiction.  The great American Satanic Panic is one of my deep fascinations, and “The Ultimate Evil,” together with Geraldo Rivera and Morton Downey Jr. helped to fan its infernal flames.  In this horror novel piece of investigative journalism based on the insane rantings of Son of Sam David Berkowitz exhaustive research, reporter Maury Terry claims that every major serial killer case/occult crime in the United States – from Manson to the Zodiac Killer to Son of Sam to the Atlanta Child Murders – is linked to the Process Church of the Final Judgment.  Allow me to be a responsible blogger for a minute: if you pick up this book, please realize that it’s largely false and unproven, and that it was actually very harmful – a lot of innocent people suffered as a result of the Satanic Panic.  Your local wiccan tarot reader/shopkeeper is not abusing scores and scores of children.  But conspiracy theories are seductive aren’t they?  I’ll admit I still wonder if there was more than one Son of Sam killer, and I wonder about the dead dogs found at Untermeyer Park in the Bronx.  This book is hooey, but it’s still a lurid thrill ride, a shiver-inducing conspiracy of widespread satanic murder cults.  See my note about “Dracula”: the general Satanic Panic inspired no shortage of homegrown local Scooby Gangs looking to rout Lucifer  from their small towns.  It’s the best horror movie never made.